I found out about this amazing musician Sudan Archives through pure luck and some browsing the internets. Digging the fiddle, her music is wildly influenced by Sudanese folk music. Personally I’m into exposing my ears to all types of music and elevating their exposure to different sounds. Sudan Archives’ music offers a modern take on traditional West African instrumentation, which is prevalent through each track. Her song “Come Meh Way” is my personal choice and the one that will get her a lot of attention. A talented violinist, she’s a winner and will surely go far within the music industry due to her unique sound, style, and drive to be more than your average pop artist.

Caroline Smith has won me over with her track Trying Not to Love You. This smooth, mid-tempo track just makes me feel good. The chords are awesome, her voice is smooth, and the video just makes me smile with its simplicity. Not new to the music scene, I can confidently say, Ms. Smith is invited to the BBQ. Her whole style and sound is something I can rock with. I’ve also come to the understanding that she produces, writes, and engineers all of her songs. Very Impressive madame Smith. Either way, I have literally been playing Trying Not to Love You over and over again as if it’s about to go out of style. I gotta say, I’m still not sick of it, the track is just so cool. Kind of like that one friend or family member that never causes you any stress when hanging out. They’re just down for whatever, no judgment, shade or anything attached. Yeah, that’s this track.

TLC is back with their new song “Way Back“ off their kickstarter funded album! As an avid 90’s R&B girl group fan, I am elated. I remember the first time I saw those three amazing ladies hit the stage of sketch comedy show All That and sing Creep. It was love at first sight. I didn’t even know what Creeping meant, but I knew I was with it concerning the song. They hopped onto the stage with their amazing style and Left Eye, omg Left Eye was my favorite. She was so outspoken and swaggy, how could one not love her? I used to even use my mom’s lipstick to paint a line under my eye like she did, haha. Well, they’re back, sadly without Lisa “Left Eye” Lopes, may she rest in Paradise. The track “Way Back“ is super fun, uplifting, and an easy listen. I almost teared when I heard it, because it was like finally a solid comeback. I even appreciate uncle Snoop being on the track.

If ever you find yourself down and out, I suggest you listen to King. These three women are definitely in touch with a higher being and they are spreading the good vibes. I can listen to their debut album We Are King from beginning to end, without any issues.  My favorite song has to be “Native Land“, but “Carry On“ gives it a run for its money. If the album art doesn’t explain enough on what to expect, well then you’re just being stubborn.

Quadron – Average Fruit: One listen and all will make sense. This song, is just smooth. Inspiration level on 10!

GoldLink – Dark Skin Women (Chris McClenney Remix): Instant uplifter and definitely a breath of fresh air for someone to point out the darker ladies who contribute to black girl magic. Go head GoldLink, I’m digging’ it. Love the song and the uplifting beat incorporated in the remix. Thanks Mr. McClenney for adding your amazing touch, it is, well, magic.

I could write a lot about the legendary Chaka Khan, but I won’t. Just one listen to her erroneously underrated “Night Moods” and you’ll get why this woman is simply marvelous. This track is sure to put you in the space to partake in some physical fun with a loved one and we all could use some of that. 😉

Ed Sheeran – Shape of You: If you haven’t heard this song yet, you must. The lyrics, the beat, the whole vibe is just light. It reminds me of the beginning stages of falling in love. The simplicity of it all…le sigh.

Frank Ocean – Chanel: This boy right here is bad, I’m saying bad, bad, bad. I have been in love with him ever since his release of his Nostalgia, Ultra mixtape. He captures true human sentiments in such a way that is so touching. Not only that, but his use of imagery in videos, magazines and album artwork is just dope. “Chanel” won me over with the first listen and I’ve been hooked. Bravo my dude, bravo.

Ari Lennox – Backseat: This girl right here, booooy she got it. She managed to capture my attention with this track. I can’t lie, I have been extremely picky about what sounds I subject my ears to lately. Since it’s so disposable  it’s hard to find those true gems, however Backseat is one of them. I think it’s because she sings it differently than expected, the chorus is not predictable and that is what makes it so special.

Solange – Cranes in the Sky: I have loved Solange’s work for a long time. To me, she had struggled to find a solid spot in music. After all, her sister is Beyonce and that’s one hard act to follow. But alas, she has blossomed and managed to capture the attention of millions. With her latest album “A Seat At The Table”, she allowed listeners a chance to feel that they were not alone. As Beyonce was sipping “Lemonade”, lamenting about a relationship gone awry, Solange swooped in and calmed us all down. That’s where her power lies, with her honesty. 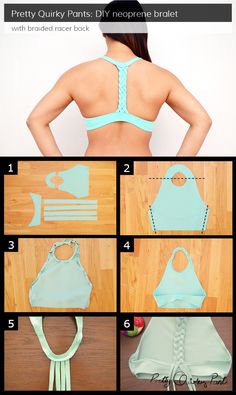